Today was a good day for the team. Bergerlande continues to do well. She is no longer sick. She runs around, laughs and plays with the other children. Praise God for His mercies.

In the morning the team went up to visit Pass Rien. They handed out candy and some clothes from one of our containers. The witch doctor was not at home, so they were not able to meet with her. Please continue to pray for her salvation. In the past she has shown Mike and pastor Nathan the place where she does her voodoo ceremonies. She has asked Mike while there if he is afraid, multiple times. He always answers her back  no, that his God is more powerful. So today the team went into her voodoo worship place and spent time praying against the powers of darkness and claiming the area for Christ. Then they spent time praying over and claiming the piece of land where we would like to build the school and church. They prayed on the concrete pad that once had been the front steps to a church that apparently years ago had blown down in one of the storms, and had never been rebuilt. The witch doctor owns this piece of property, along with much of the property in the area.

The last few days Mike noticed a new girl helping with the laundry, he had said hi and acknowledged her, but had not really spent much time talking to her. Some of the other women at the orphanage said she was filling in for another worker. This afternoon, Mike felt like God said to go and talk to her. So he did, He asked her if she was hungry and she said she was, so he took her to the dining room and got her something to eat and found our interpreter and started to ask her about herself. He said at first she was embarrassed and had a hard time talking. She said she had a baby and a husband, but as she became more comfortable talking she admitted she actually had another child also and she was not really married. She had been a Christan and had made a mistake and become pregnant. The church she had been going to kicked her out. She also had been going to school, but because of being pregnant and poor she had to stop going. So four years later she was poor, uneducated, had no clothing, was living with a man, and was ashamed. Mike shared with her that God loves her. That God wants us to do things in the right order for blessings. That God was not punishing her. Mike asked her if she wanted to give her life to Jesus again. She said yes. He told her our church would not discriminate against her clothes. Then he asked her if she thought the father of her children would want to hear what he had said to her. She said he might, so Mike told her to go and see if he would come talk to Mike. So she went to ask and brought him and the children back. Mike talked to him and he too gave his life to the Lord. Mike gave her little girl a pillowcase dress and some candy, then he took them to meet Nathan's father, pastor Nathaniel. He assured them he would greet them warmly on Sunday and that he was proud of the choice that they had just made. They said they were going to go home and share with her mother, whom they lived with and see if she would come to church with them. Praise God!!!!!!!!

Tomorrow morning (Friday), or rather tonight, at 3:30 AM Haitian time, 1:30 AM our time, literally in just a couple of hours from now, the team will leave for Port-au-Prince and start heading home. Please pray for safe travel and on time connections. This trip, the team has members who have all been to Haiti with us before, so Mike and Nathan will be seeing them to the airport and then Mike will be traveling back up north to Archaie. Mike wants to set aside some spiritual time for God. He believes that since he is ministering in Haiti, that it makes sense to spend the time in Haiti. Please pray for Mike over the next 4 days, for his protection. Also please pray for words, dreams, and clarity from God. Please pray for vision, understanding, direction and that he hears Gods heart.

Thank you soooooooo much for all of the prayers you have prayed over the last 10 days. We truly could not accomplish everything without your support. 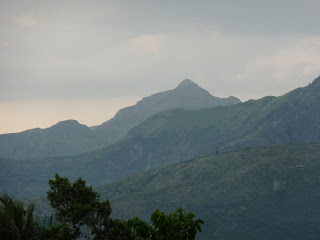 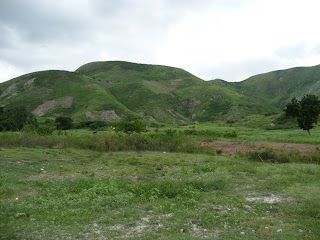 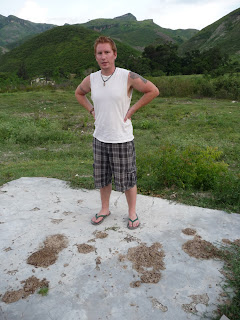 The concrete pad from the old church.
--

Pure and genuine religion is this, to care for orphans & widows in their distress, & to refuse to let the world corrupt you. James 1:27