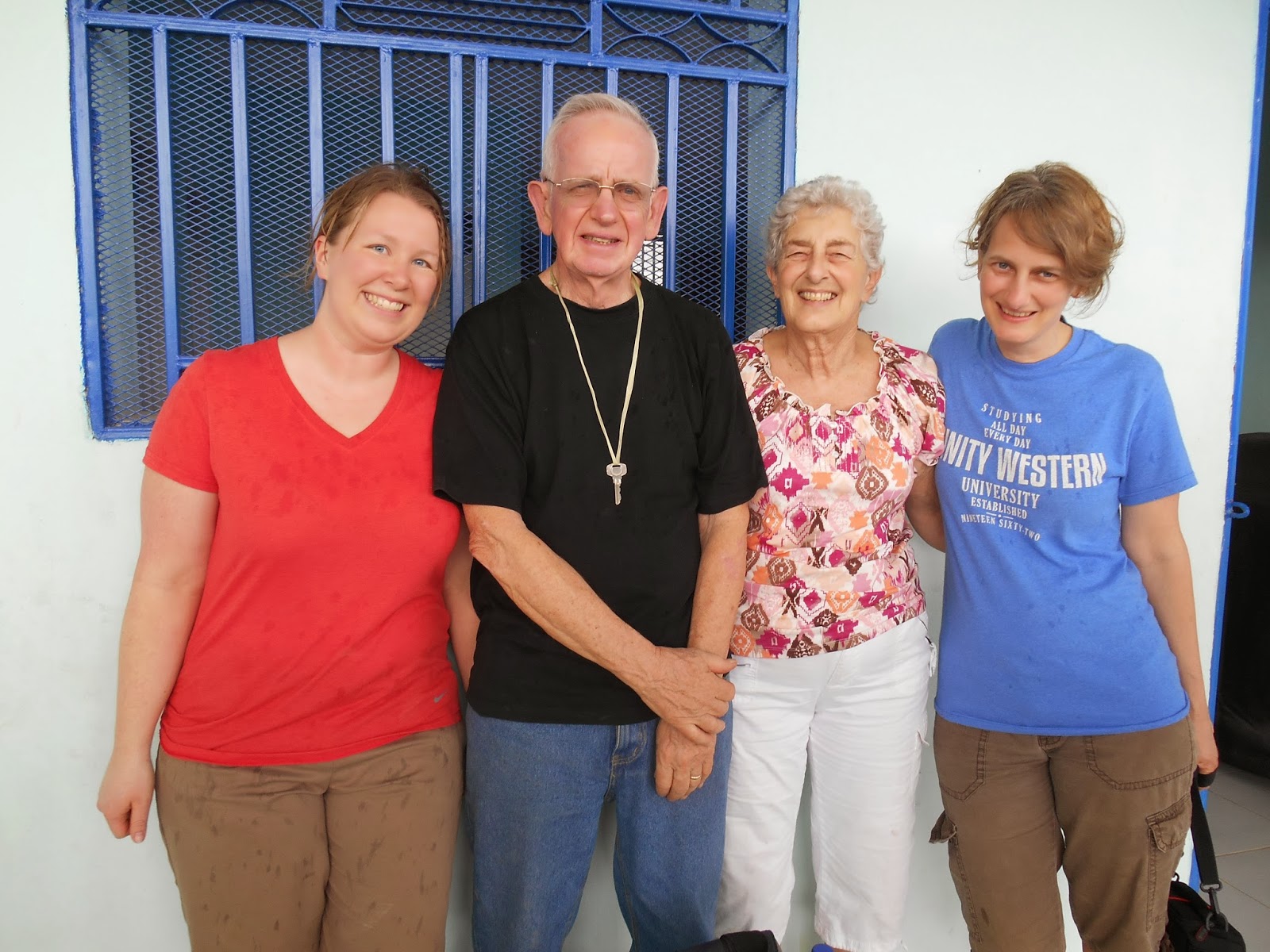 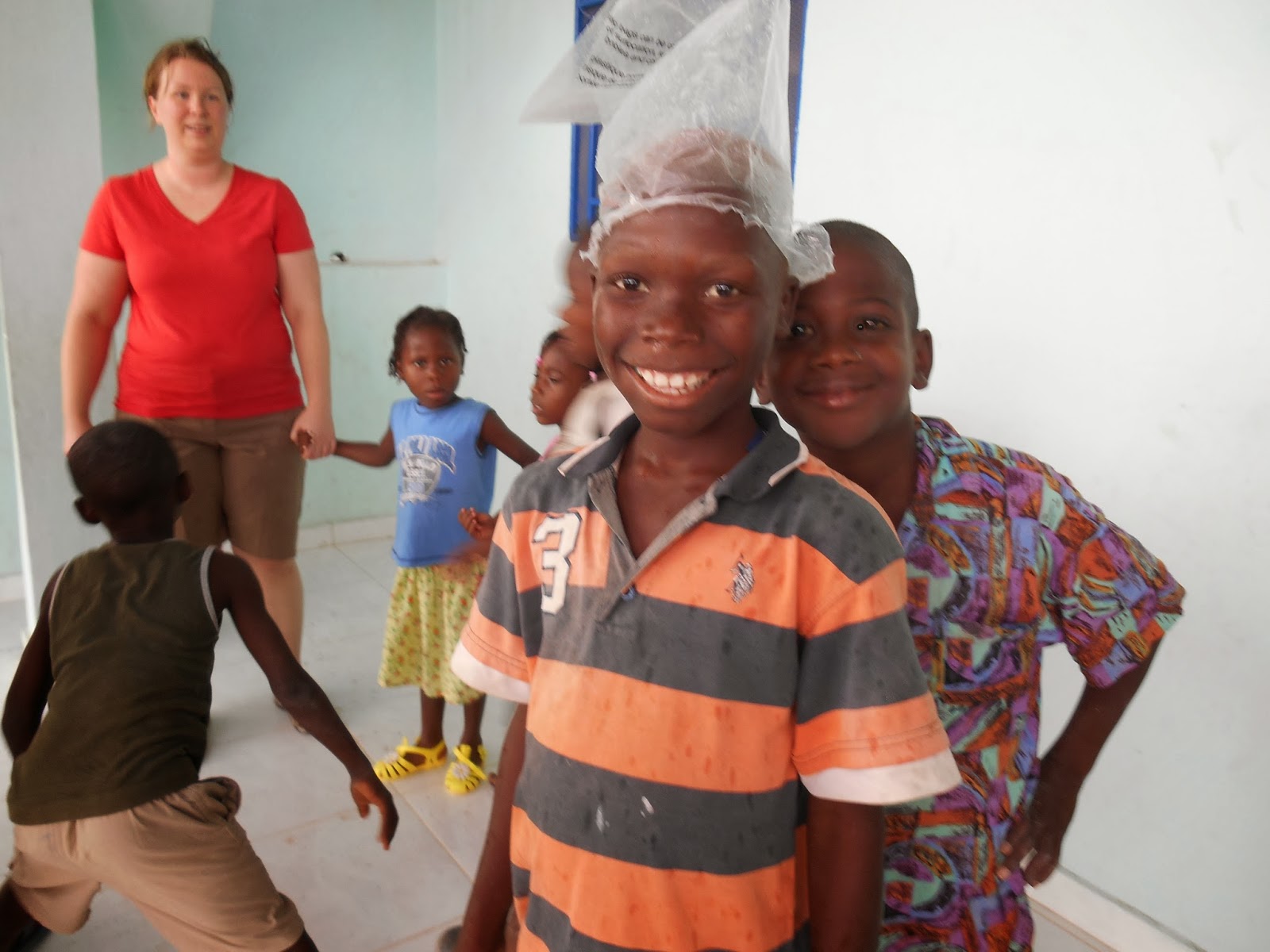 Rebeka and some of the children 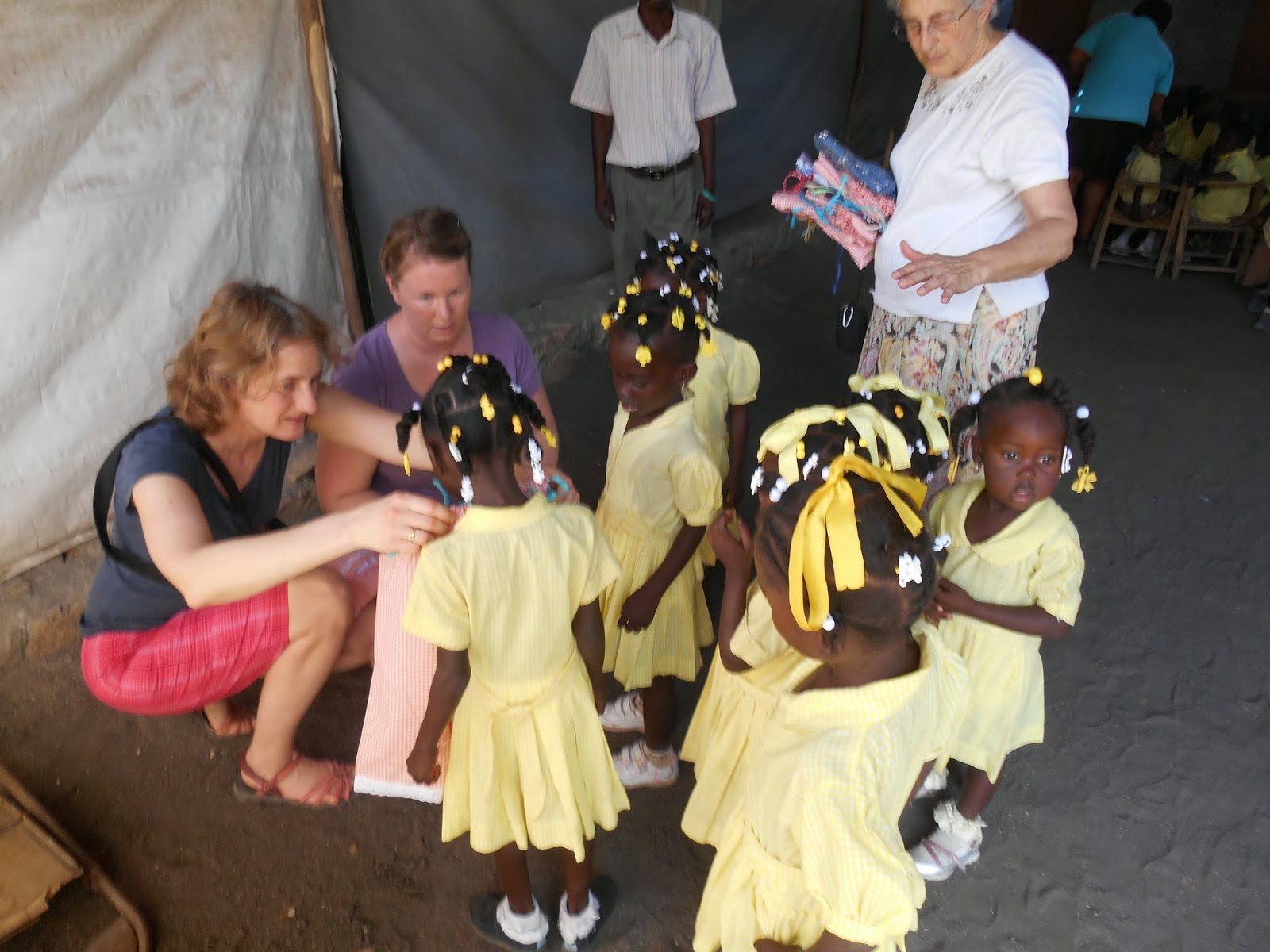 Checking on sizes for pillowcase dresses 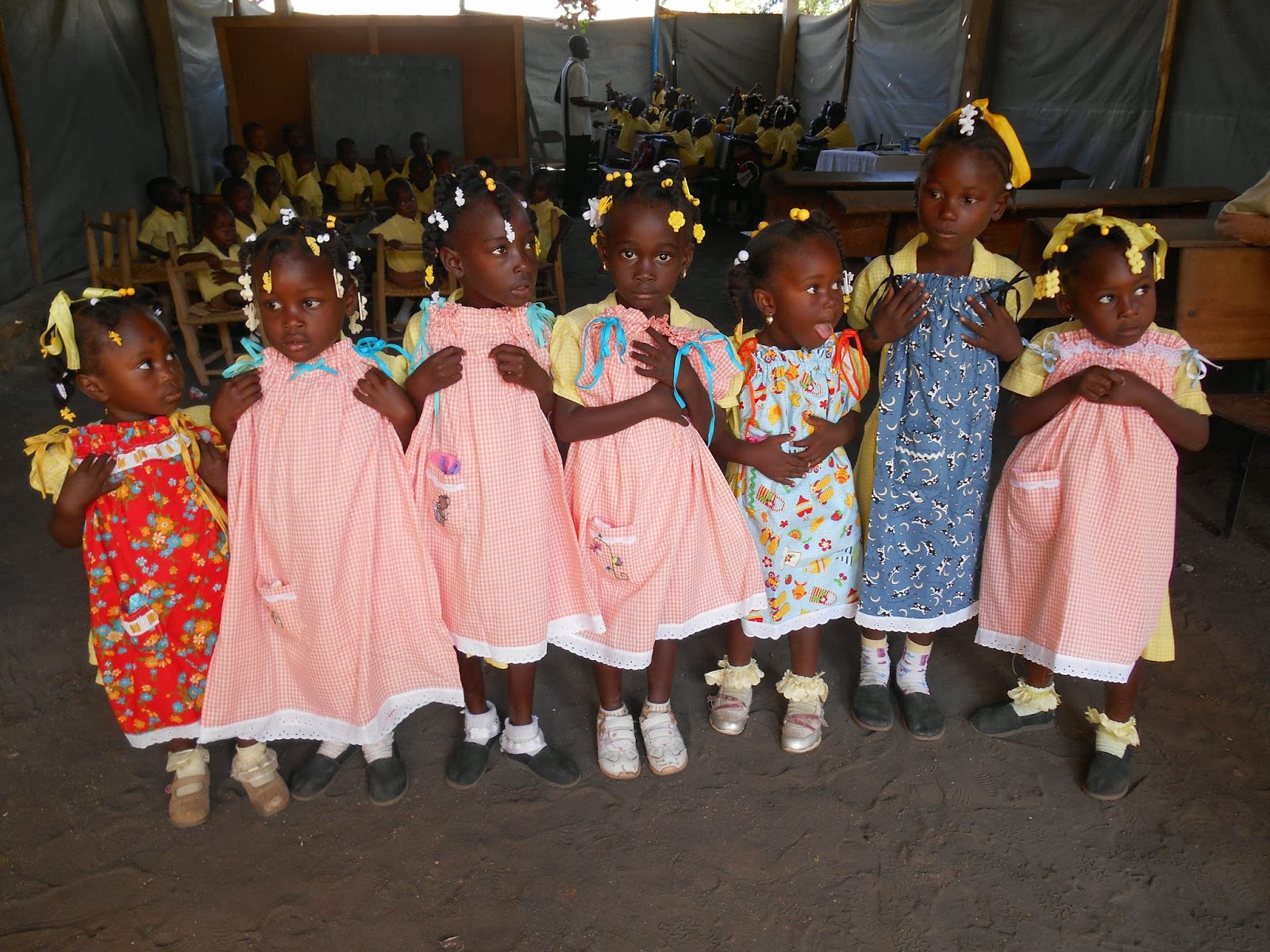 Hello,
Sending you an update on the team today. We went to the celebration at Poteou this morning. It lasted into the afternoon.

Our son Jacob is traveling today through tomorrow to Haiti. Please pray for him as there is 6-8 inches of snow on the highway in Whatcom co. Also, once in Haiti, the traffic is terrible because of people traveling to Carnival in Gonaives.

This morning ended the revival in Poteou. Tonight is the start of a week long revival in Marose. Mike will be preaching in Marose tonight, please pray that the spirit of God moves.

Also this coming Sunday is the first night of Carnival in Gonaives. As I have shared previously Carnival is similar to Mardi Gras, but with a heavy influence of voodoo. They actually advertise three areas just outside of Gonaives, that you can go to and participate in voodoo ceremony's and even stay in bungalows for full immersion experiences. Please pray that the Holy Spirit would reside over Gonaives and the surrounding area. Pray that those performing voodoo activities would be unsuccessful and that eyes would be opened to the truth. Also pray that the innocent would not become victims. Our ministry is trying to offer an alternative to Carnival for the youth ages 13 to early 20's. We are holding a 3 day and 3 night youth camp on the campus of our Marotte school, which is in the outskirts of Gonaives. We have all kinds of activities planned, along with security, so that once there, the youth are in a safe, fun environment. We are expecting around 300 youth. Please pray for wisdom, guidance and discernment as everyone plans and leads the youth. Please pray that the Holy Spirit heals, brings truth and salvation to the youth that do not know him. Please pray for strengthening, growth and commitment for the youth that do know Him. We believe that God's desire would be for the youth to truly be a New Generation in Haiti.

Hello,
The team is here and doing great. They went to the river with the children today. The children love swimming with the teams. The river is getting low though, and it is becoming harder to find places to swim in. The rainy season starts soon though. We had our first rain in months last Wednesday evening.

Walt and Bev spent time today making balloon animals for the children. Some of the children did their own balloon twisting. A few managed to get their balloons untied and filled with water and tied back up again. They all had a lot of fun.

Right before the team and children went to the river I slipped in water and fell while carry one of the little girls. I held on to her, but she bonked her head on the ceramic tile as I went down. We are both fine, but as a result she did not want to go to the river. So we planted up 5 pots of flowers together and then shared a soda 'WITH A PIECE OF ICE" while sitting on the ceramic tile on the porch and watched all the activity going on. She is only 4 years old:)  We both enjoyed our little time together.

....And thanks to a very thoughtful loving friend I now have help with my laundry, sweeping and mopping. We have been asking for someone to help for months. And I have had a friend willing to support this. After much waiting Nathan has found someone to help me. I have had help for a little over a week and everything seems to be going well. It is much appreciated by my helper and I :) She is living in the room with our oldest girls, and acts bit like a mama for them. So it gives her a place to live and some income and it helps me. It is a win, win.
Please remember to pray for Mike as he teaches at Poteou tomorrow and for Nathan as he teaches in Pass Rein. Pray the Holy Spirit moves. Thanks so much.
Blessings,
Chris
0 comments 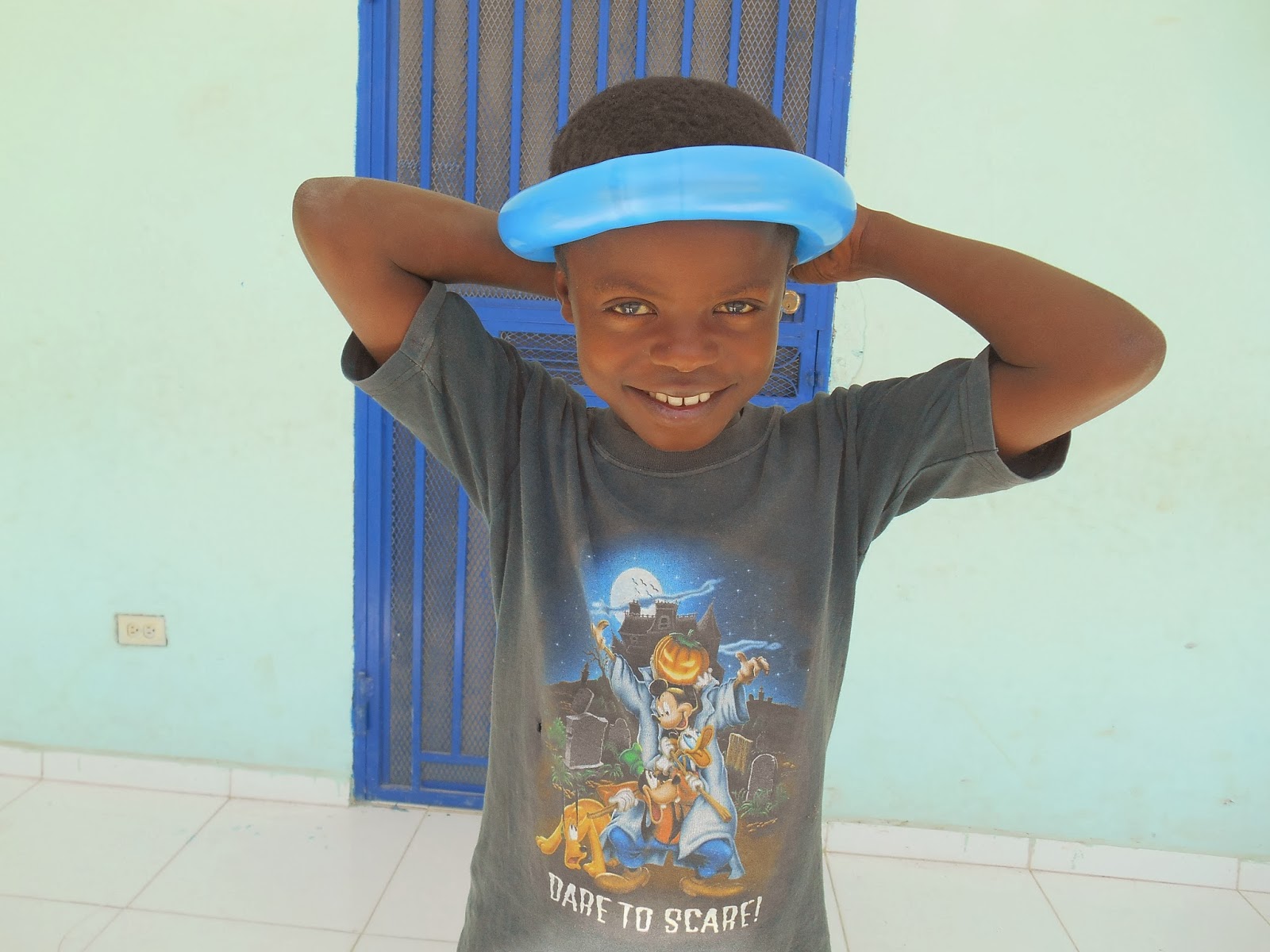 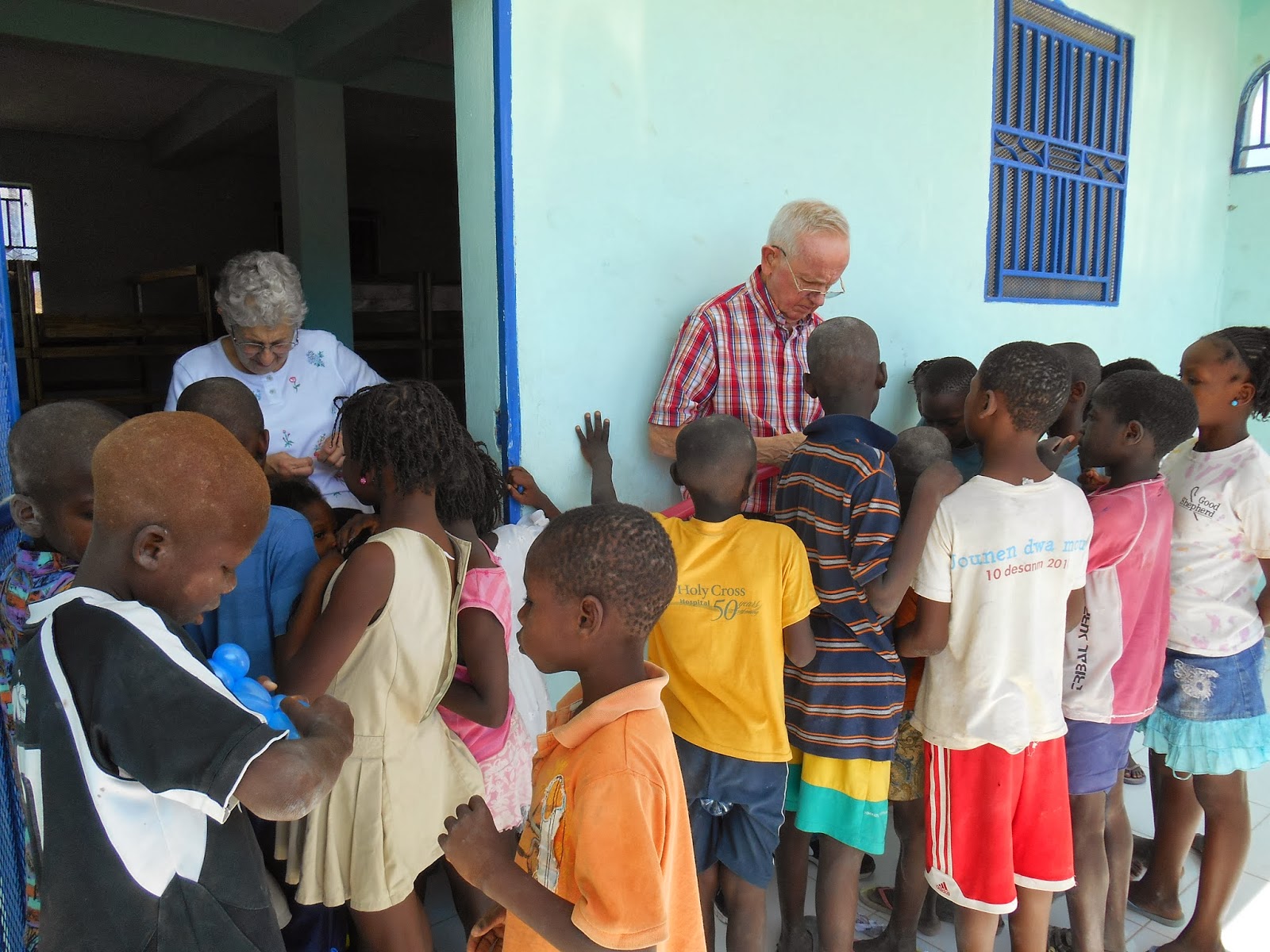 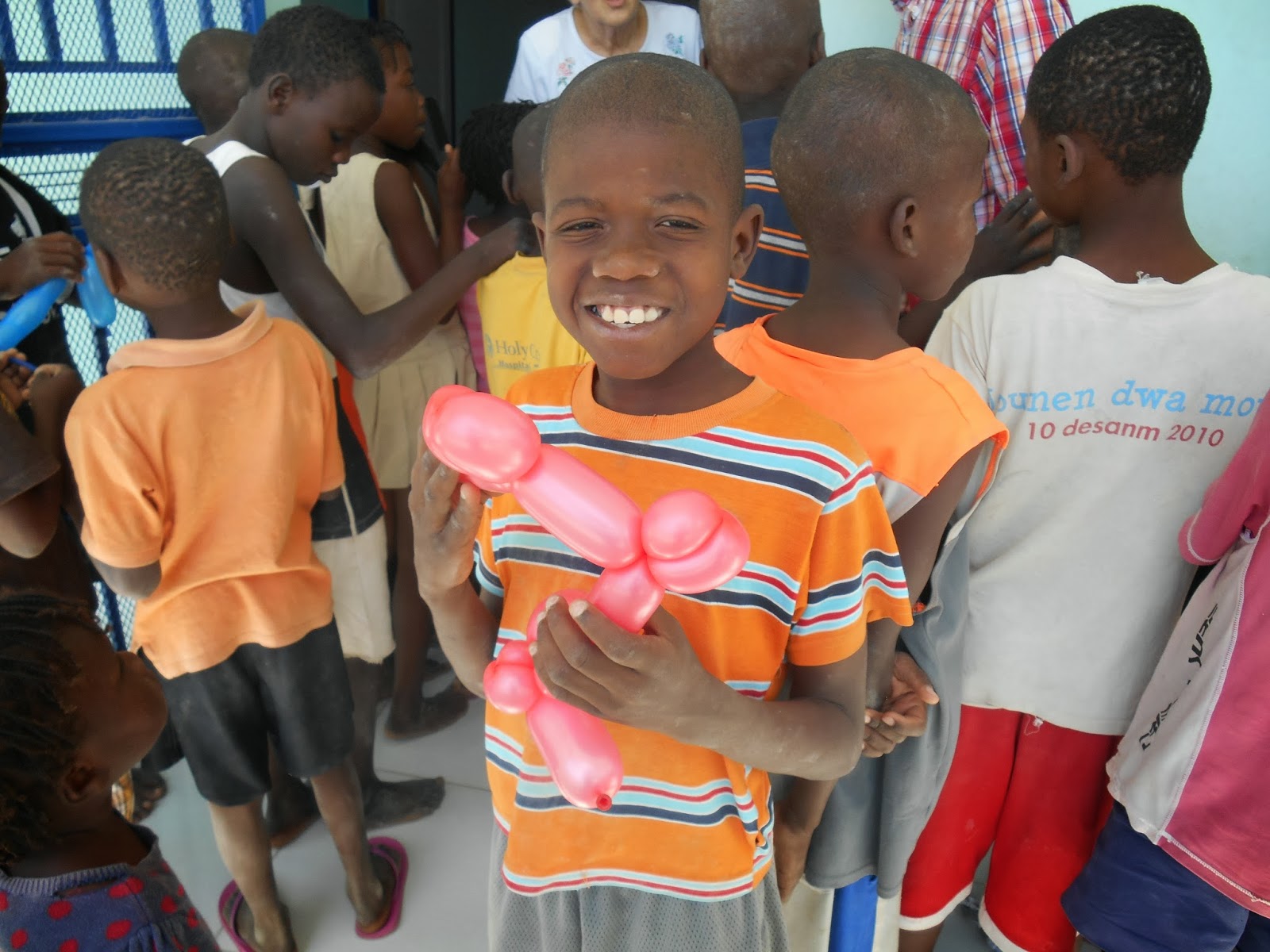 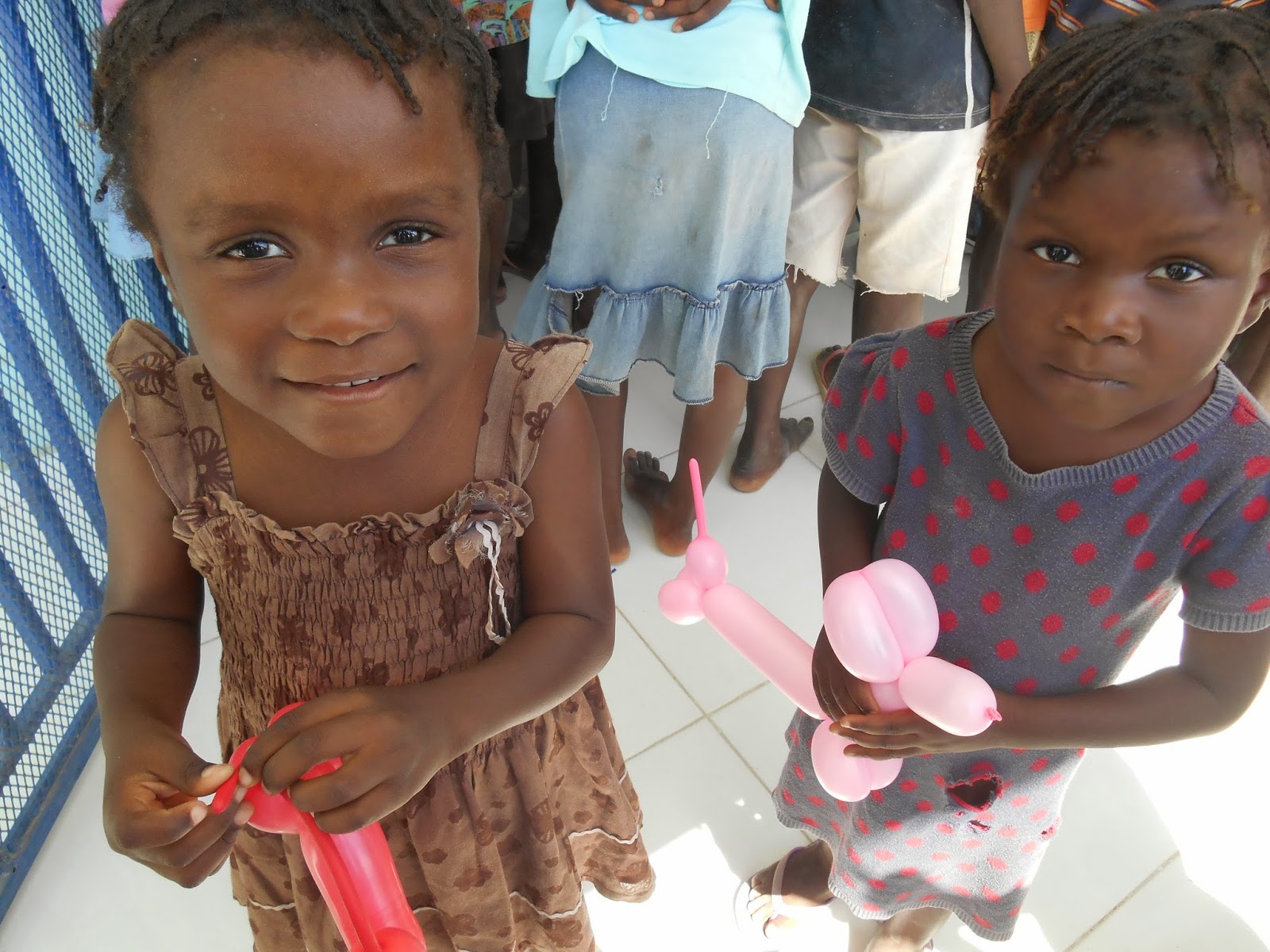 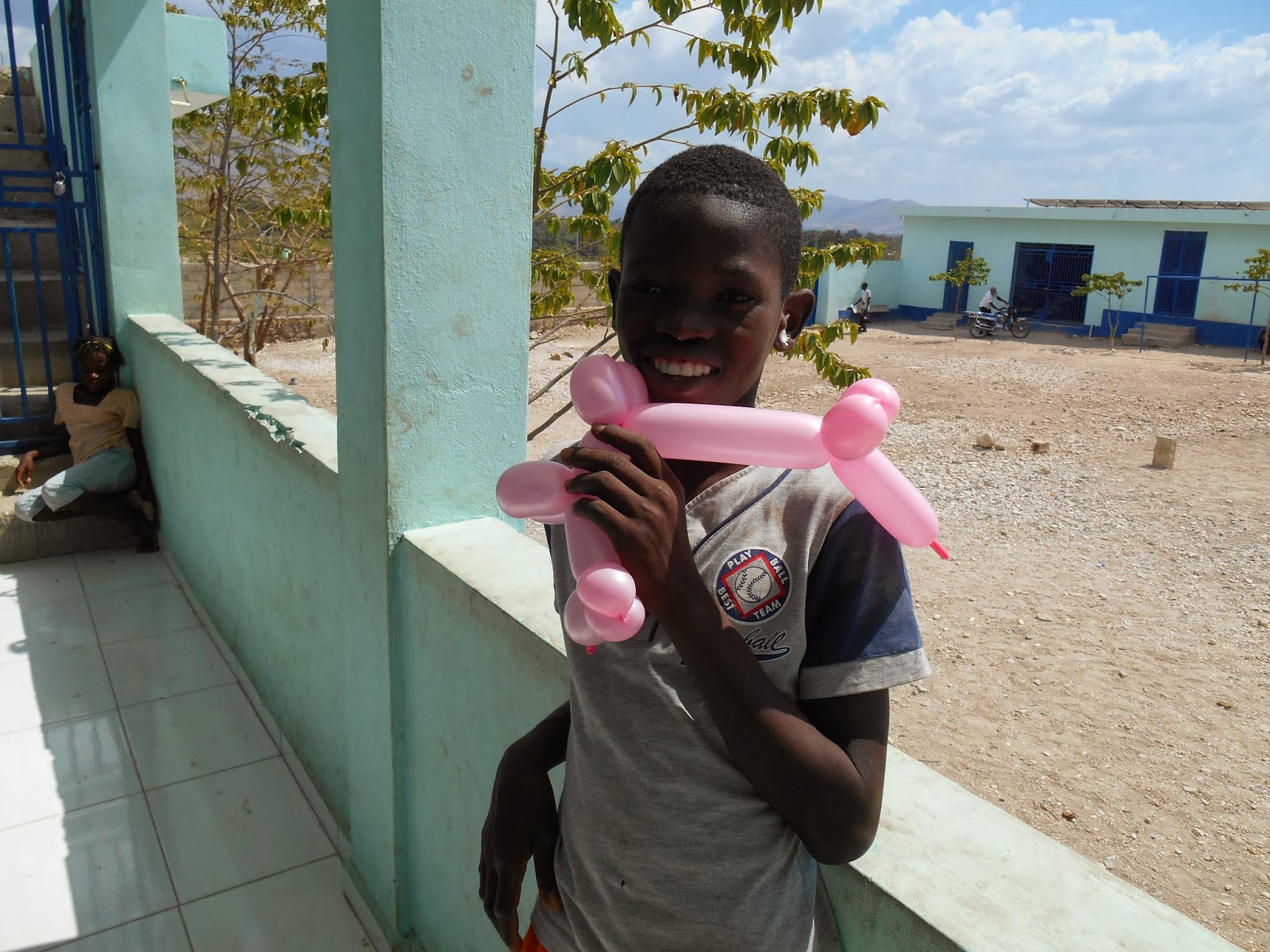 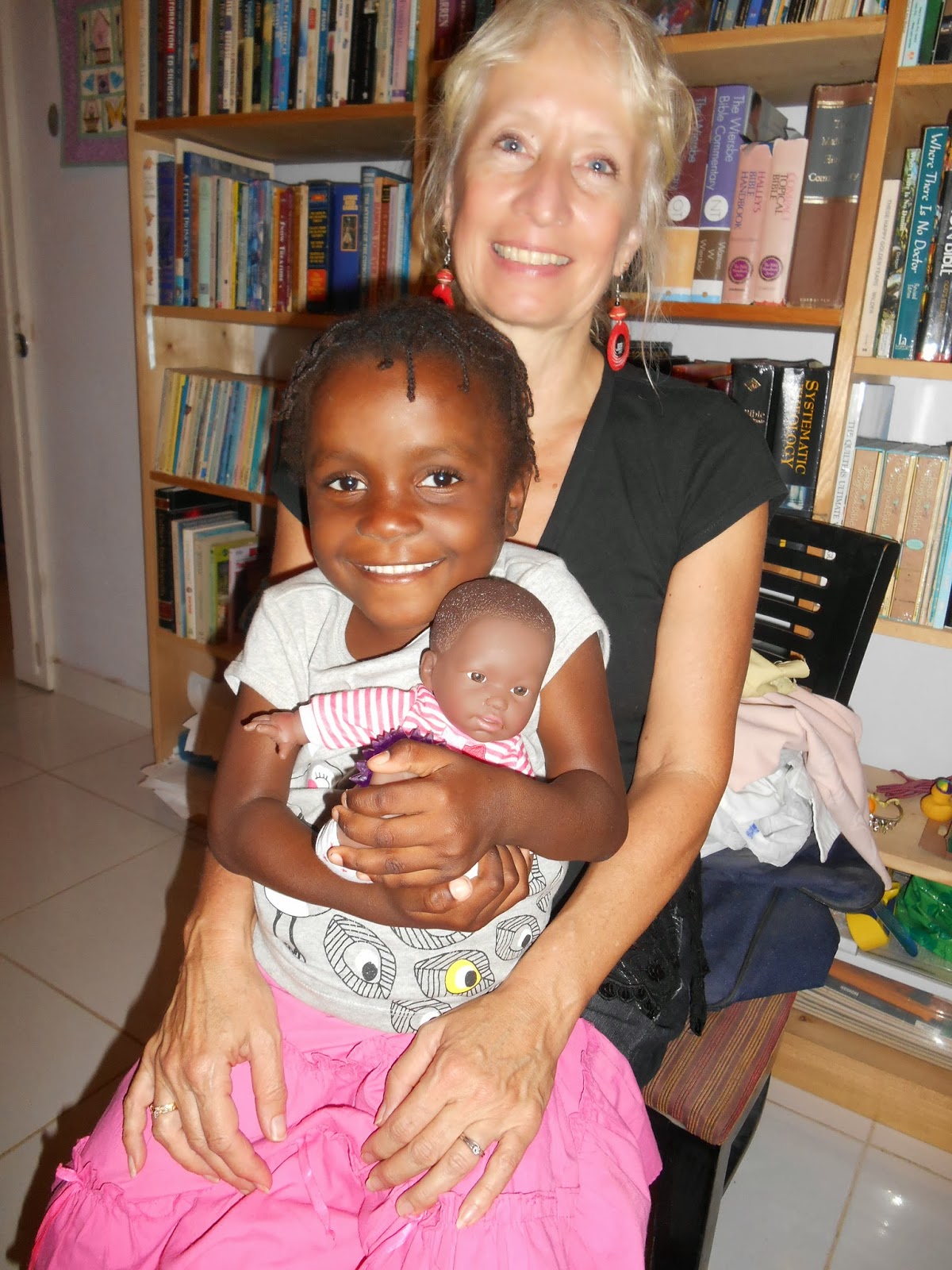 One of the sisters and I in our office 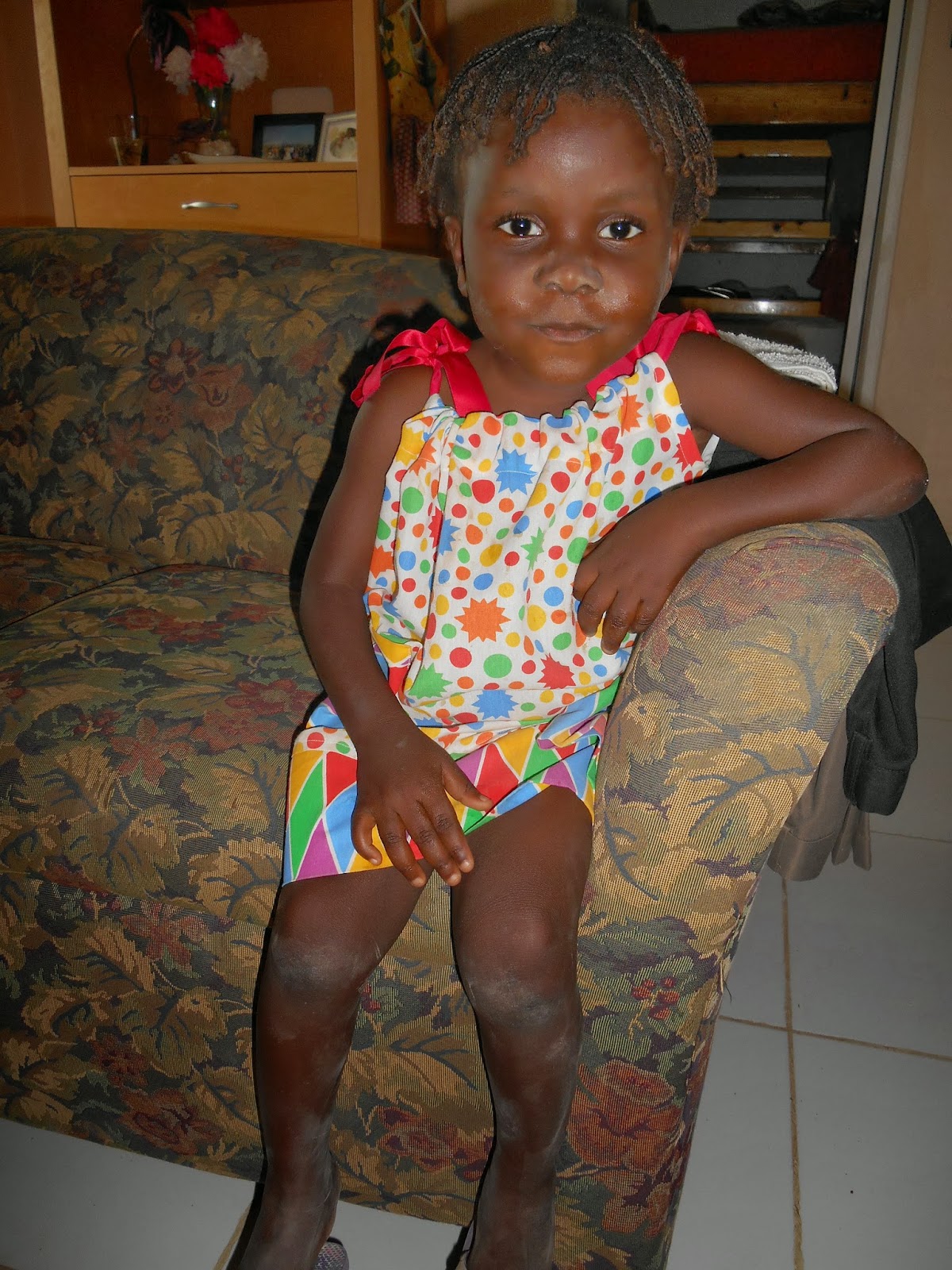 The other sister in her new pillow case dress
0 comments 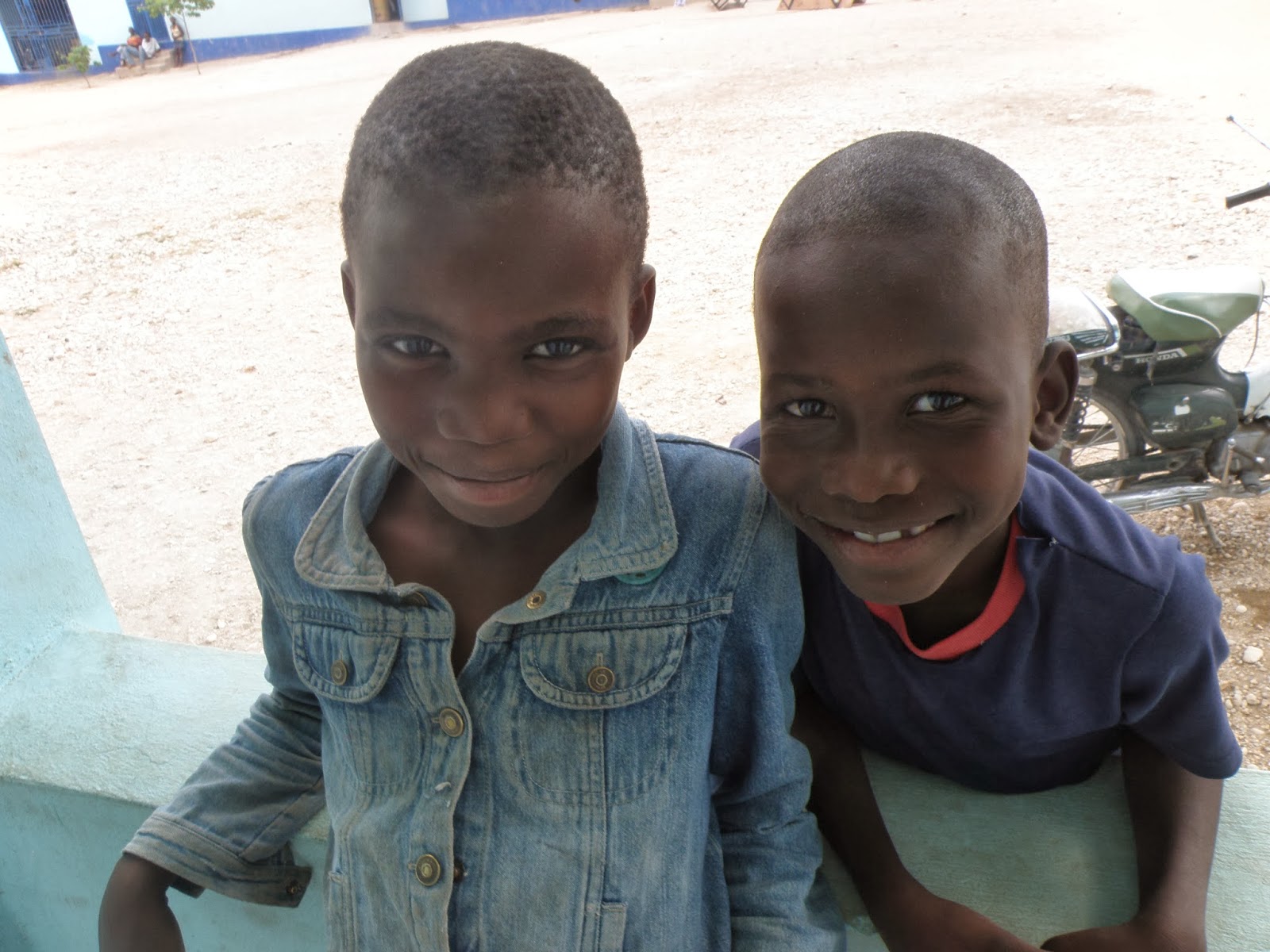 Hello,
I am pleased to be writing to you using half way installed satellite internet. It is hard wired at the moment. Tomorrow, we have been told it will be wireless :)

We have not had internet since I sent out the prayer request for Dustin and Melissa and their baby. So I am thrilled to be writing to let you know that God has answered your prayers. It was thought Melissa might have preeclampsia. She had some of the symptoms. But she reported.... "it worked!!!!!:) No preclampsia! And my blood pressure has continued to look good the last few days!!!Praise God!" ....Thank you so very much for your prayers. She has just short of two weeks to go before her due date. Please keep praying for her blood pressure.

Today we also have a team of four traveling here. Prayer would greatly be appreciated. Nathan picked the team up and it has taken 3 hours to get as far as we usually get in 1 hour. They normally would have 2 hours of travel left. But at the rate they are able to drive it may be more like 6 hours.Traffic is extremely bad due to Carnival being in Gonaives in a week and two days. It is carnival for the whole country, which will make traffic, market, and working very difficult. We have been told it also brings in a higher level of crime. Carnival is similar to Mardi Gras, with a lot of voodoo mixed in. It starts around 4:00 each evening, with the intense parts starting at 9:00 pm and lasting to the early morning hours. Please pray for safety and protection. We will be having our son Jacob arriving Monday. Please pray for his safe travel also.

On another note of praise, Nathan was asked to preach at a different church the other night and 70 people came forward for prayer. God is amazing. People were set free, healed and experienced salvation.

We are having a prayer revival at the Poteau church this week. Mike preached last night and tomorrow night Nathan will lead worship. Mike will also preach on Sunday and there will be a big celebration after church. Please pray for God to move and for hearts to be touched.

Blessings and many thanks,
Chris
0 comments 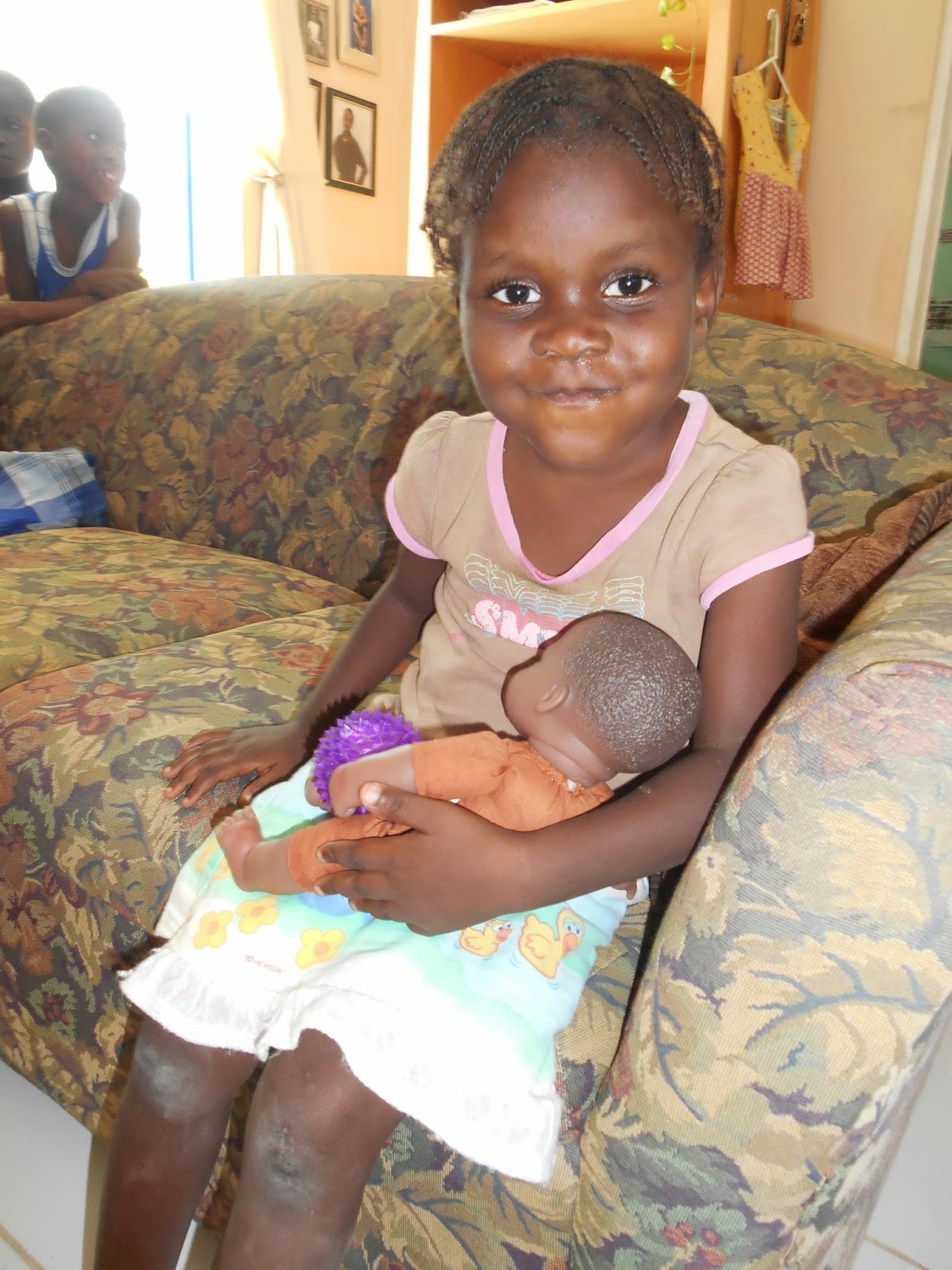 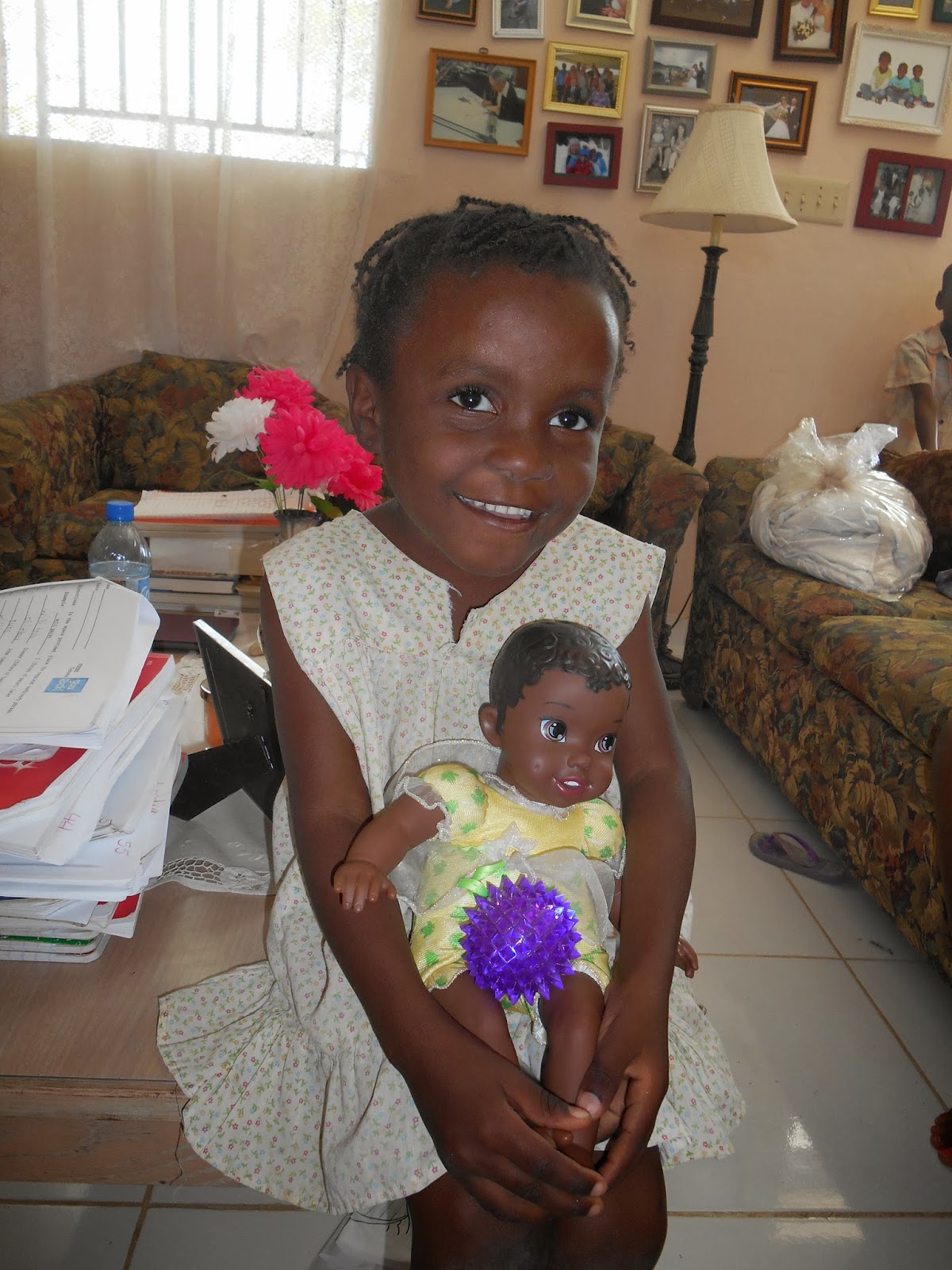 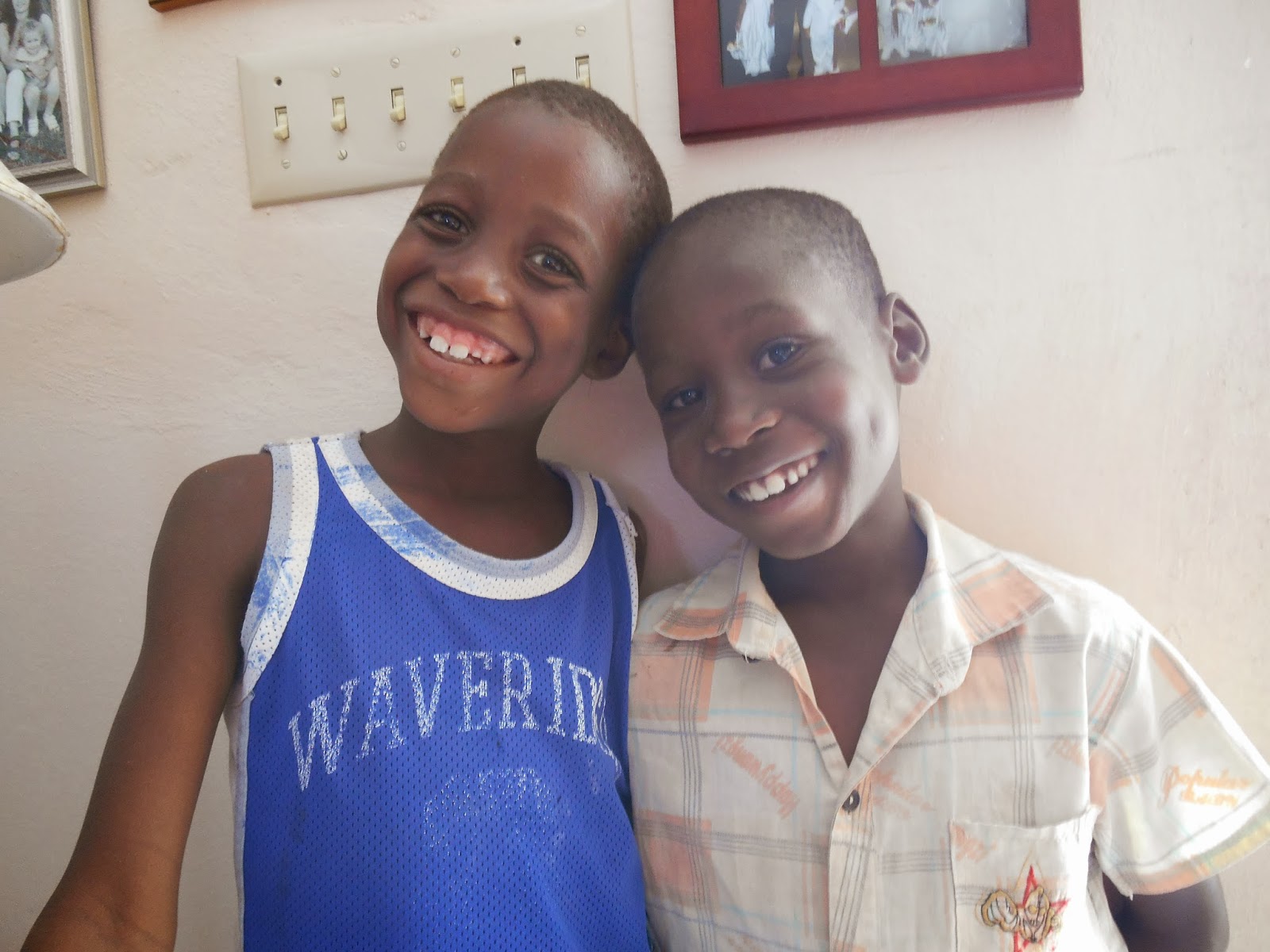 Two of our boys

Hello,
Hope most of you are enjoying your below freezing weather. Here in Haiti we are experiencing a warmer winter then normal. We have been having temperatures around 100 degrees. Today it is only 92, but last week we had one day at 108 degrees and a couple at 100 degrees. At any rate I have enjoyed seeing some of your photos of snow.

So for the story.......
We asked a parent to come in and sign a form for one of the children's files. In broken Creole, Mike explained to the father what the form was for and showed him where to sign. The father replied in Creole "no sign". Mike assumed because of his poor Creole that the father did not understand him and explained again. The father replied "no sign". Then Mike saw one of the older boys coming in the gate from high school. Knowing that this boy understood a bit of English he asked him to explain to the father what the form was for. So the boy did, and the reply was the same "no sign". The boy looked at Mike and said he did not understand, but the father would not sign. So Mike thought for a minute. It then dawned on Mike that it was very probable that the Man was illiterate and could not sign. So he asked the man if "he would not sign or if he was not able to sign"? The father replied that he was "not able to sign". So Mike told him he could make a mark and that Mike could sign as a witness. The man asked "what kind of mark"? Mike not knowing if the father knew what an X was, told him any kind of mark. The father smiled and meticulously drew a little cross on the line where his signature was supposed to go. He might not of known how to write his own name, but he knew what was important to him in this life  :) That little cross represented much. It was a picture of so many lives in Haiti. It showed one of the major reasons why they struggle as a nation. It showed why as a people so many of them are taken advantage of. It shows a picture of what oppression looks like, oppression is not a word most of us are familiar with anymore in North America. It spoke to us about why we are here. Why we are trying to help. I hope it speaks to you and causes you to say not on my watch, I want to help the people of Haiti move forward. I want to see the yoke of oppression broken. I want them as a people group to be set free.

Please pray for our family, our ministry and what we feel God has called us too. Please also lift up the other small ministries in Haiti. We have many very dedicated friends here in Haiti, trying to walk out what they have been called to. And in all honesty, sometimes it is extremely hard to be in the midst of so much oppression and keep our eyes focused on HIM. Thank you sooooooo very much for your prayers.