Hello,
Just wanted to send out a quick prayer request for Nathan and Mike. They will be flying out of Seattle late tonight and will land in Haiti in the afternoon, they will then be traveling to Gonaives, arriving sometime in the evening. We have been hearing of people being stuck in traffic for up to 12 hours, because of one of the main bridges in Port-au-Prince being out, due to someone stealing bolts from the bridge. Traveling through the city of Port-au-Prince has been a mess. Please pray for safe travels, on time connections, and getting through the city in a reasonable time frame. The last time I traveled through Port-au-Prince we spent 7 hours trying to move a 1 - 1/2 miles.

Mike asked me to share that he and Nathan really enjoyed their trip and felt very welcomed every place they went. Thank you so much for taking time out to see them. We so appreciate your prayers,
Blessings,
Chris 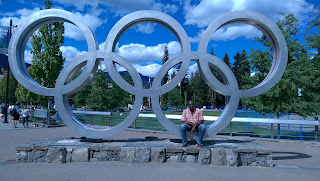 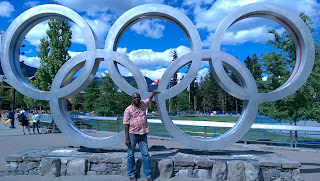 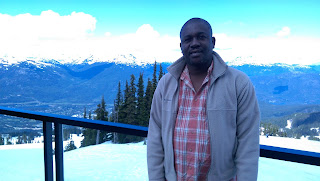 I hope you are enjoying your "summer" weather. I miss seeing all of the spring flowers. I wanted to send you a note and update you on what Nathan and Mike have been up to and what they will be doing while stateside.

They arrived safely in Seattle just after midnight/early Saturday morning. Sunday morning they spoke at CTK Anacortes. Mike said it went well, near the end of the service Mike asked Nathan if there was anything else he wanted to share. He said he wanted to pray over Nick, one of the worship leaders. I guess he was really moved, as were his wife and his mother, who does not live in the area, she said she felt like God told her to go to her children's church that morning, she said she was blessed by coming. Rusty and Susan and their staff had a nice luncheon for Mike and Nathan afterwards.

On Monday morning Mike and Nathan spoke during coffee and conversation at NCCTK Lynden. Nathan also led a spontaneous worship afterwards on a borrowed accordion, which they all enjoyed very much. He definitely has a calling of worship on him. One of the women in the group had lost her husband this past year and mother also, although I am not sure of the time frame of the loss of her mother. Her mother played the accordion and the music Nathan played blessed her. She said she has to move soon and she has two accordions that were her mothers that she had not known what to do with. She told Nathan that he could have them, which blessed both her and Nathan.

.On Wednesday they spent quite a bit of the day meeting with Greg, a friend of ours who is a business owner to discuss what leadership looks like in the US. Leadership is something we have been working on in Haiti for a while, good leadership is a very important piece of the puzzle.

Yesterday, Thursday, Mike took Nathan to Whistler, so that he could see and experience snow and real mountains. :) It was the only special request Nathan had. They rode the chair lifts to the top and spent sometime up there throwing snowballs and just being friends. Those of you that have adopted internationally have experienced showing kids from another land, all of the firsts. There have been a lot of those firsts this week for Mike and Nathan I wish I could be part of the connecting. I do know that God has opened his eyes up at least partially to what we have left, what we have given up, what the cost has been. And to a different way to do life. Nathan himself told Mike that Lynden was a really nice community and it would be hard to leave it. He is spending time with my grandchildren and  realizing the same thing with our family. After they arrived back from Whistler they went to dinner with Pete, his wife, and another missionary friend. As dinner finished Nathan said he felt like they were supposed to pray and Mike said they had a really meaningful prayer time right in the restaurant. God is opening eyes and hearts.

Through out the week they have met with other people also, to encourage and uplift them, they have had amazing prayer times with many. Tomorrow night Friday, May 13th, they will be speaking at our Canadian Fundraiser. They would love to see any of you that are able to come.

On Saturday evening they will be sharing at our US fundraiser. Both Nathan and Mike would love to see you there also.Then this Sunday morning they will be speaking at Cookshill Community Church in the Chehalis, Centrailia area.
Please be praying for each of the fundraisers, and as they share at church. Thank you ahead of time for lifting Mike and Nathan up, along with myself and the children here in Haiti.

As most of you know our headquarters is in the village of Marose, Haiti. We have churches in 7 villages and schools in 5 villages, but our medical clinic, Children's Village, largest school and first church is in the village of Marose. It is a church started by Nathan's father Nathaniel, unlike the other churches which were planted by Nathan and Mike. The church of Marose has considered itself a Good Shepard Church, which is the name of the ministry Nathan started, that is in partnership with our ministry New Generation Ministries, since the beginning of our partnership. Because it was an older established church, it has been a bit of a struggle to help it become a "Life Giving Church", which is what our other churches are. Old traditions can be hard to change sometimes. And so begins the story.....

Nathan and Mike usually take turns preaching at the different churches, A little while ago, Nathan asked Mike to teach one Sunday at the church in Perou, a village about one hour from us. This particular morning we had two flat tires before we even had gotten as far as Marose. Knowing that we were running very late, I said "by the time we get up to Perou, church will be over. So we need to call and try to get hold of someone up there". It was at this point that our translator who Mike uses when he preaches,  said "they could really use your teaching at the Marose church", we were about 10 minuets from the Marose church at this point. Mike felt like God confirmed what Jonas was saying. So we went to the church in Marose instead. And the Holy Spirit fell! Mike felt at one point that he was supposed to make a significant commitment of time to the leadership of the church, to help lead, teach and come along side of them, in a more intense way then in the past. He asked the church if they wanted this and if they were wanting to commit to giving themselves and their families to God. Basically asking them to say "as for me and my house we will serve the Lord". First one stood, then two, then 4, 6, 10, eventually most of the church stood and made a commitment. There were a few challenges in the beginning, but each time they came to a crossroad they were asked if they wanted to keep moving ahead or not, and each time they came back and responded yes. The fruit.....salvation's, baptisms (over 25), being set free, even among leadership and healing, God has been in the business of bringing life, "life abundantly". And we have been so blessed to be allowed to be a part of this move of the Holy Spirit. There has been an average of 250 people at the Wednesday night bible study. Their worship time is no longer just singing good songs, they are being ushered into the throne room of God. Last week one of the leaders of the church shared some of Mike's teaching about three words that could change Haiti, "please, thank you and sorry". The words are not spoken here, yet this leader was encouraging the people to speak them. Amazing!

In truth, I had given up on the church in Marose, I looked forward to going to all of the other churches, but not there. But God had other plans, BIG ones, and as usual His vision, His way, His will prevailed. He is an awesome God! Please lift the church of Marose up in your prayers, that He would bring to completion, that which He has started.

On another note, thank you to all who prayed for Nathan to receive a Canadian visa, so he would be able to attend the Canadian fundraiser and visit some of the  people who have visited the Children's Village in Haiti over the years. Today he was given the visa. Yeah! Thank you so much for praying.