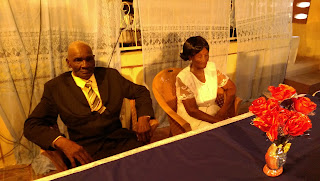 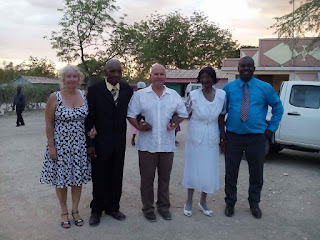 I wanted to share with you about a very special celebration we had on Sunday. It was to honor Nathan's grandpa. Nathan's grandpa Floamy Chariot is 86 years old, which in and of its self is amazing. The average life expectancy in Haiti is 62. His wife, grandma is 79 years old. They are a special couple. Together they have raised many children, besides their own two sons. Grandpa is a character to say the very least. He would have been a fun friend to grow up with :) Grandpa loves to talk and talk, and talk, and talk and he is almost always talking about Jesus. He is an evangelist through and through. He farmed and even raised beef to keep food on the table and a roof over their heads. But he was and is a preacher, he exudes the joy of the Lord. He is the one Nathan goes to spend time with when he needs advice or a listening ear with some wisdom. From the first time we met him, he told people that the Holy Spirit was on Mike and to listen to what Mike had to say. Sunday night he told everyone that he and Mike were brothers. What an honor to know him, to glean wisdom from him, to see the heritage he has passed on, and so Mike and I along with Nathan and his wife held a celebration to honor him. Usually people are honored after they have passed away and people reflect on their life. But we felt like God was calling us to honor him while he is still alive. He shared funny stories and memories that night with Christ woven through out. He had the crowd of over 200 laughing and saying Amen. We ate together, shared cake together and spent time together. Mike preached, Nathan sang, family shared. Mike ended his tribute to them by saying when Grandpa and Grandma's time comes to meet their savior, Jesus will be saying "well done good and faithful servants".

Please keep the people, the ministry and our family in prayer as Easter approaches. The Ra Ra's become larger and more intense as the week unfolds. Much evil happens during this time. We depending on your prayers.

Our newest little one who needs a sponsor, will you sponsor him? 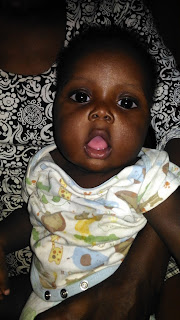 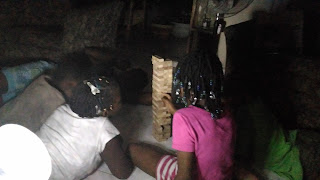 No power, no problem, playing Jenga by flashlight 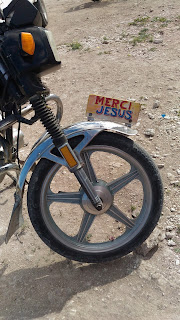 Playing with Magna tiles a gift from the Ginger bread house 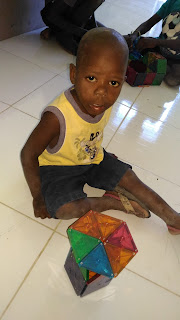 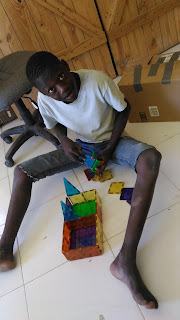 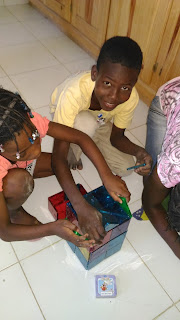 I wanted to share some very exciting news with you. When Mike flies back to the Pacific Northwest this May for our annual fundraiser in Canada and America he will be bringing pastor Nathan our partner for 9 years now, with him. Nathan has a visa for America and he is working on a Canadian visa currently. Please be praying for favor for him with the Canadian embassy. I know there are many of you that will want to see him and many of you that have never met him. We are so excited for him to finally be able to visit. Providing he receives a Canadian visa he will be at the Canadian fundraiser on Friday, May 13th. He for sure will be speaking at the fundraiser in America on Saturday, May 14th. Both Mike and Nathan are looking forward to seeing you there. Mike and Nathan will also be sharing at some of the churches that come along side of our ministry, so you will have opportunity to meet Nathan and see Mike then also.

One of the churches that comes along of us recently donated 35 pastors study bibles in Haitian Creole. What a huge blessing these were to the pastors and leaders that Mike mentors and teaches every Saturday. We are starting to see great fruit come from these times of sharing and teaching. The vision of a life giving church is a such a foreign concept to most churches here in Haiti. Please be praying that this opens their eyes, minds and ears to more of what God has for each of them. 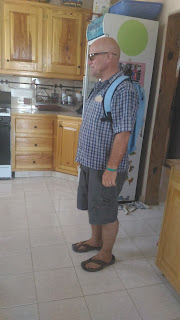 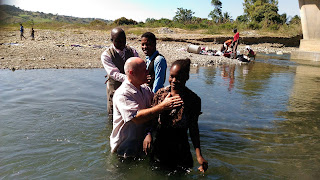 Our neighbor and his girlfriend getting baptized.

I hear spring has sprung in the Northwest. I have seen beautiful photos from Vancouver and Washington. I hope you are enjoy it.

I wanted to share some thoughts with you. A bit ago I posted a photo of Mike wearing flip flops and a backpack, which he never wore stateside. Also a while back Mike had said that he was glad he was ministering in the rural areas of Haiti. God must have been smiling knowing what was to come. We soon ended up living in the heart of Gonaives, running the transitional home started by our daughter for boys who had aged out our Children's Village. Gonaives is the third largest city in Haiti :) We started meeting and connecting with the people in our neighborhood. Then we felt like God said He was going to use us to bring our neighborhood to the Him. One morning our girls told Mike "you brought the neighbor girl to the Lord last night" Mike replied "when?" The girls said "last night at the crusade". Sure enough he had. One thing about living in the city in Haiti, is the noise, sometimes it is rah rah that you hear, sometimes the voodoo ceremonies, or disco's, sometimes it is all night prayer and worship services, no one here seems concerned about creating noise, even in the middle of the night. Where we live is only a few feet from our neighbors on either side, because housing is so expensive here, many people live together. It is not unusual in our neighborhood for there to be 18 people in a house, not from the same family and not with people they know. Because of the warm climate usually everyone's windows are opened 24/7, so you hear your neighbors and they hear you, very clearly. A while ago one of the young adults in the house on the other side of us thought it was funny to call "Papa Mike" many, many times through out the day. He thought it was funny to turn his boom box up high leave it in his courtyard and then go somewhere. He had a girlfriend that had a baby with him and then left him. He always was asking Mike where he was going? Mike usually let him ride along, to go get water, to go get propane, and any other errand he was on. Basically he was driving Mike crazy. But he was watching us, watching how we did life, hearing how we did life, thinking about how his life was different then ours. One day he told Altine, one of the boys who lives with us, that he wanted to talk to Mike. Mike's response was not now, I don't want to talk to him. Then Altine said "Pa Mike he says his life is too messed up and he wants to talk to you about knowing Jesus." You see he didn't need to go to church, or listen to a sermon, or go to an event. He just needed to see that there was another choice, another way to do life, he needed to see that Jesus was real. Sometimes I wonder why Jesus picked us to show His love in this little part of the world, sometimes I wonder if anyone can even see Him in us. But this young man was watching. We have been so blessed watching his love for Jesus grow, he goes to church with us, he goes to bible studies, all night prayer and worship, he goes to every church event he can. When we leave our gate he asks where we are going because he wants more of Jesus. After a couple of months of this, it started making his girlfriend mad that he was always gone with us. They got in a fight again and he told her she needed to go also. So she said fine, she would go. And she went to church with us and God met her in a big way. That morning after church we were baptizing a couple that had just gotten married. Since the neighbor boy and his girlfriend had driven with us to church they had to go to the baptism with us. After we baptized the first couple Mike asked if anyone else wanted to be baptized? Both our neighbor and his girl friend said they wanted to be baptized. So that morning they were baptized. Now they are back together, parenting their baby. It has been such a blessing getting to know them even better. Mike now has a heart for our neighborhood and loves living in the city, flip flops, backpacks and all. Our hope would be that this encourages you to reach out to your neighbors, whether in your neighborhood, apartment, or workplace, where ever you do life. Connect with the people around you, be willing to let them into your life, so that they can see and know Jesus is real. You do not need to be a pastor or a missionary, just connect with them and show them another choice, another way to do life. Show them that He is real.

Thank you for your faithful prayers for us, our family and our ministry, because of your support, we are able to be here for our neighbors.

Our friend Greg drew this.
I found a quote that goes with it well.
"If you saw the size of the blessing coming
you would understand the magnitude of the battle you are fighting." 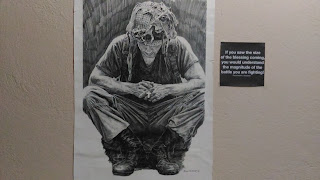