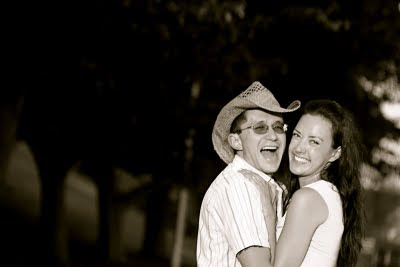 I wanted to share about a special couple who have been a blessing and an encouragement to Mike and I and our ministry. There names are Ben and Laura. When Laura was growing up she attended
a wedding celebration of an aunt. What impressed her about the wedding was that the couple asked
for donations to be given to a cause they believed in rather than be given wedding gifts. Laura said
after Ben proposed she recalled that memory. She was talking to a mutual friend later on and told her the story. Our friend suggested New Generation Ministries. When she shared this with Ben
he said he knew that this was what they were supposed to do. So when they were married they
asked for gifts to be made to our ministry. We were blown away with their generosity and the generosity of their guests. They have been an inspiration. James 1:27 says "Religion that God our Father accepts as pure and faultless is this: to look after orphans and widows in their distress and to keep oneself from being polluted by the world." Proverbs 22:9 says "A generous man will himself be blessed, for he shares his food with the poor."I know they will be blessed for what they have chosen to do and that they will be rewarded in heaven for it. We pray that their marriage will be richly blessed. Chris